Who loves football season?  I’m not the biggest fan of the game {although I do love being in the stadium for the excitement of a live game} but I love the fun that surrounds game day: the friends, the food, and the excitement that people get when their favorite team is winning!  This brownie bite football is a fun and easy way to celebrate the big game … and a delicious one, too!  My oldest daughter came up with this idea for a tailgating party they had with their church group and I had to share it here too because who doesn’t love a sweet treat? 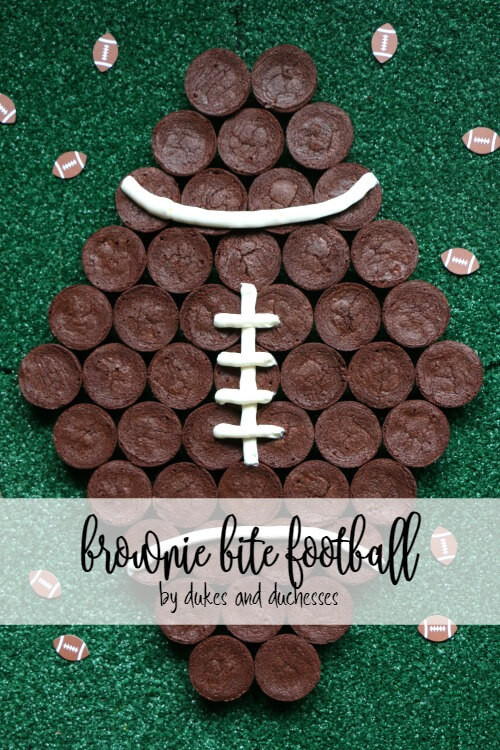 You’ll also need a large platter, a long piece of wood {covered in parchment paper or something similar} or a fun background like the turf that I used.

Lay the brownie bites out as shown below, beginning with the middle row and working from the center out to each end.  Keep the brownies as close together as possible so the icing will sit on top without falling in between the brownies.

Place the white icing into a piping bag or a ziploc bag with the corner cut off and pipe lines onto the football in a medium thickness.  Pipe curved lines on each end and stitch lines right down the center.

Set out some napkins or small plates for serving …

… and get ready for this sweet football to disappear fast!

For more festive game day ideas, be sure to check out this recipe for buffalo chicken sliders …

… and a recipe for meatloaf sliders that will fill the hungry fans during the football game! 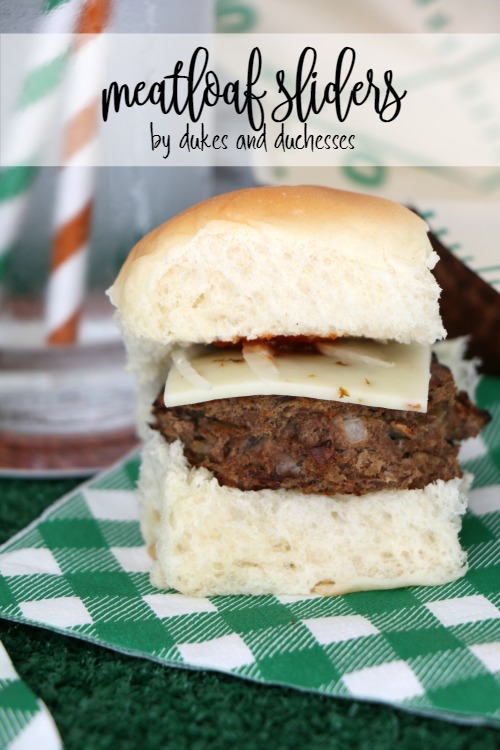 Welcome to Dukes and Duchesses!