A few months ago I was browsing in a kitchen store and saw cinnamon honey sticks for stirring tea.  I just loved the way they looked and thought they’d be such a fun addition to a cup of tea … and a great gift idea.  I made my own version at home and they turned out just as I hoped they would.  This recipe is really simple and perfect for whipping up for a quick gift!

To make cinnamon honey sticks, you’ll need cinnamon sticks {one for each stir stick}, 1 cup sugar, 1/2 cup honey, and 1/4 cup water.  This recipe will make about a dozen stir sticks, so increase as needed if you’re planning on making a large batch.

Cover a baking sheet or two with parchment paper and lay the cinnamon sticks out on the parchment paper, leaving a couple of inches of space between each one.

In a saucepan, stir the sugar, honey, and water together and bring to a boil, then continue to boil without stirring until the mixture reaches 300 degrees on a candy thermometer.  Remove from the heat and carefully pour the honey mixture over the end of each cinnamon stick, creating a circle shape.

Cover the end of each cinnamon stick then let them set completely.

Remove from the parchment paper and wrap them in airtight packaging if they won’t be used right away.

Serve alongside a cup of tea …

… or package them up for a creative gift for a tea-loving friend. Simply package some bags of tea and a few cinnamon honey sticks in a vintage tea cup {vintage egg dishes make really cute tea cups, too!} or simply package the stir sticks in a cellophane bag, tie up with ribbon, and give to a friend.

Do you have a tea-loving friend who would love this idea?

For more simple gift ideas, be sure to check out this fun and whimsical gnome gift idea … 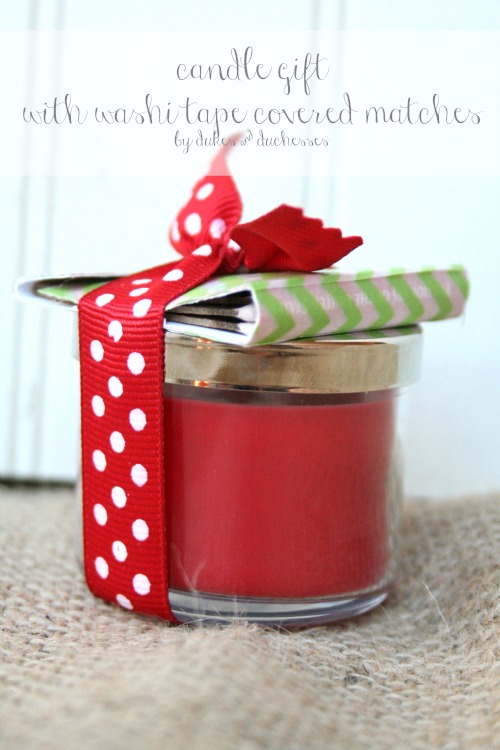 … and a gift for homemade stovetop potpourri {it includes the printable}.

« Faith Decor in the Home
Get Well Gift »