It’s summer which means lots of outside play, summer bucket lists, movies in air conditioned theaters, and sweet treats.  Have you got an afternoon to fill?  Plan to take the kids to a showing of Inside Out and then celebrate after with a pan of oven baked brownie s’mores!

Released last week, Inside Out is an adorable animated movie featuring feelings as characters.  While it sounds a little silly and a whole lot fun, this movie has so much depth for both adults and kids and it’ll open up some great conversations about thoughts and feelings and all that’s going on in the minds of those kids we love.  And sharing a pan of s’mores always makes those deep conversations easier, right?

The character, Joy, has a more is more attitude and these s’mores are all about that.  As the recipe says, chocolate and marshmallows fresh out of the oven just ooze happiness … and I tend to agree. 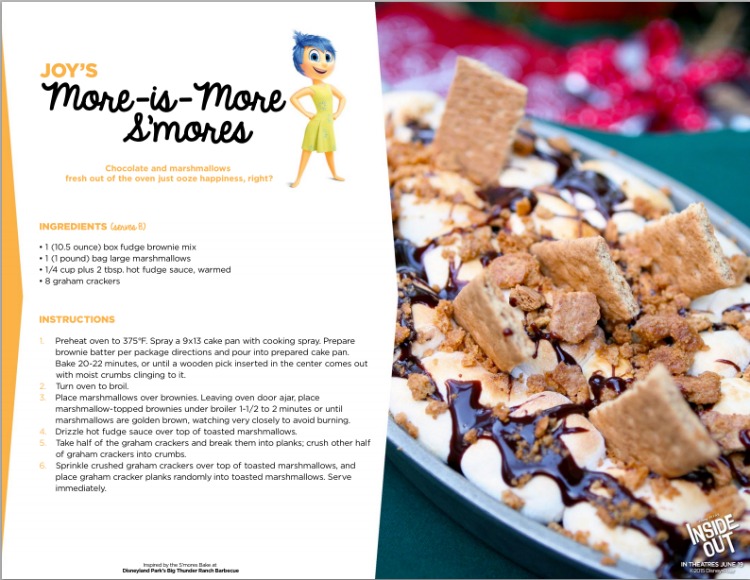 The recipe starts with a pan of brownies made from a mix and baked until cooked but moist.

… then the ooey gooey brownies and marshmallows are drizzled with hot fudge sauce and covered with crushed graham crackers {and a few larger pieces}.  Print the entire recipe here: oven baked brownie s’mores then grab the ingredients and treat the kids to some summer fun! 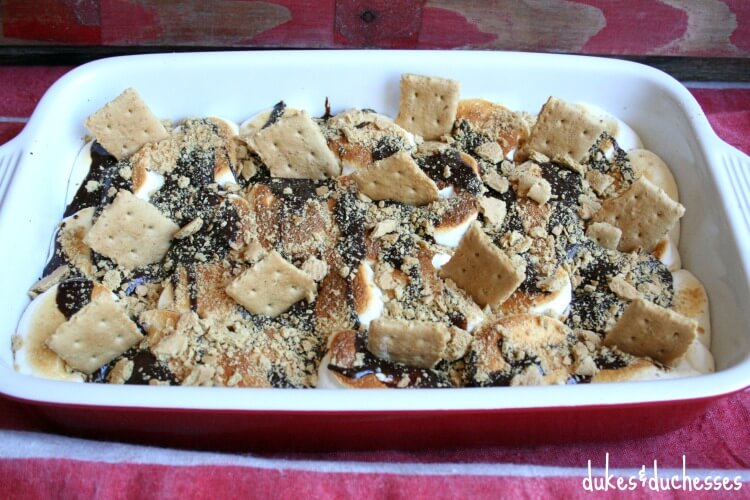 If the first bite doesn’t fill you with joy, I don’t know what it’ll take {wink}.

Have you seen Inside Out?  Who was your favorite character?

« A Summer Tablescape
A Salsa Bar »