I recently saw a photo from Lego headquarters that showcased a really cool Lego wall.  I thought it would be super easy to recreate that idea on a much smaller scale in Luke’s room, giving him a place to build without cluttering up the floor.  Since Luke already has a Lego table in his room, I made this Lego wall on a closet wall to keep it out of the way and corral some of the mess. 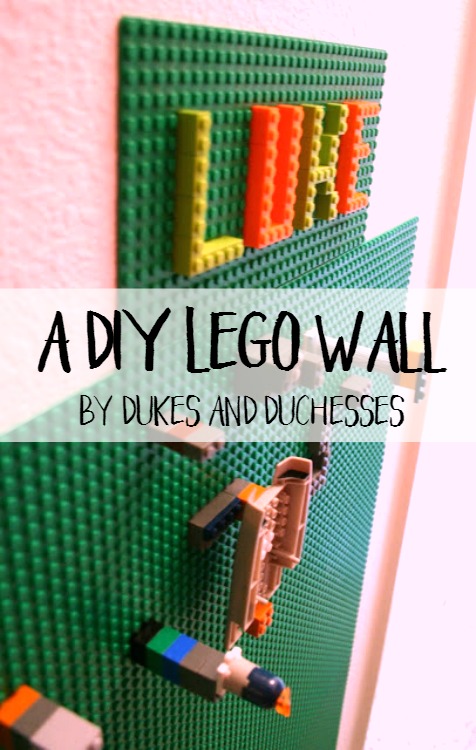 This was such an easy project.  The hardest part was spelling out his name with mini Lego pieces {wink}!

I used eight 32×32 green base plates and one 16×32 base plate and glued them to a wall inside Luke’s closet, using a glue gun.  {It’s held up really well but if you’re worried about longevity, E6000 or liquid nails would also be great choices.  I liked the idea of using a glue gun because I can heat it with a blowdryer and easily pull it down.}

I didn’t try any fancy configurations with the base plates, figuring it would be best to just lay the base plates side by side, providing lots of room for building. 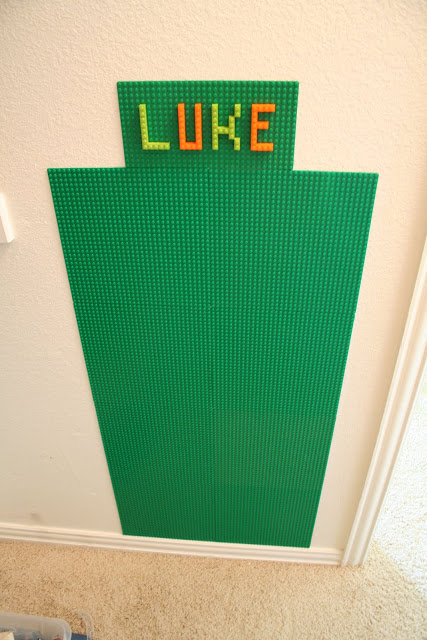 I added small Lego pieces on a smaller centered base plate at the top to create Luke’s name, just adding a fun little personalized touch.  If you want the name to remain in place permanently, I would suggest gluing those pieces down.  Otherwise, I’m sure little hands will remove them at some point. 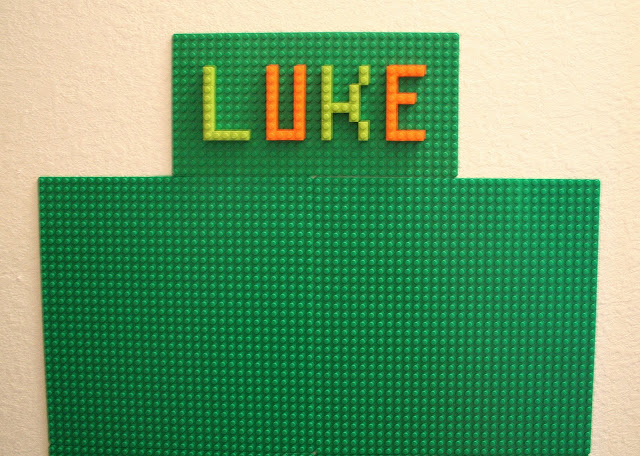 Luke thinks his new Lego wall is awesome and he was building away as soon as it went up. 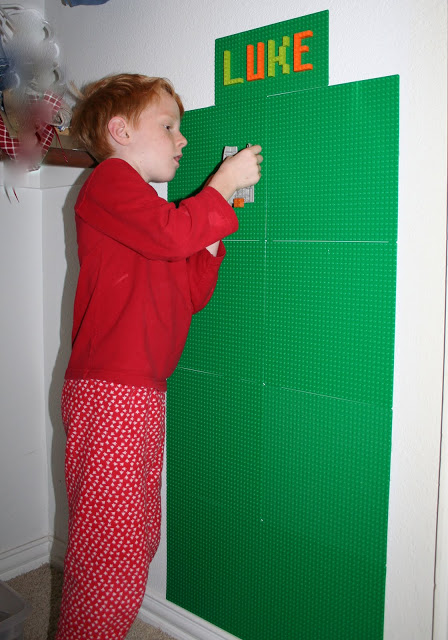 I hope this will just encourage more creative, imaginative play!

For more lego ideas for kids, be sure to check out this color coded lego organization … 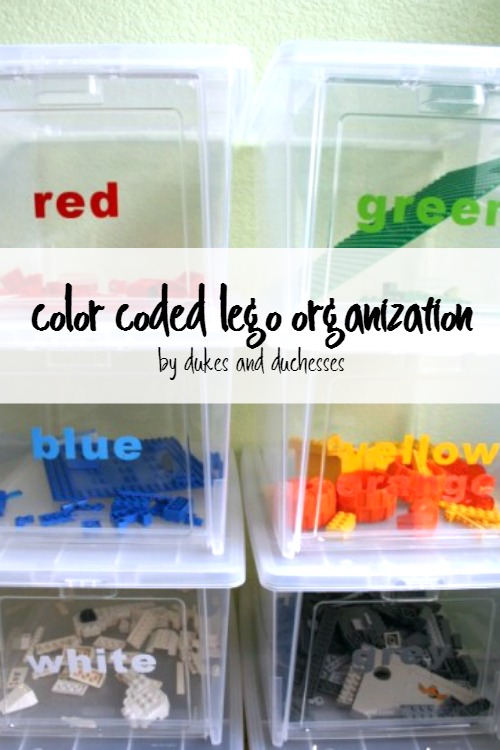 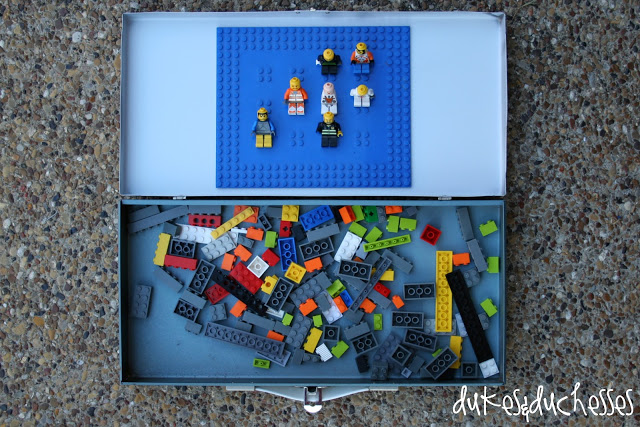 … and a homemade lego table made from a cheap IKEA table.