This cinnamon roll snowman was created as part of a sponsored post for Pillsbury™.  All thoughts and opinions are my own.

I love the holiday season and one of my favorite things is taking easy, every day items and adding a special twist to make them a bit more fun and magical.  I love making memories with my kiddos.  A cinnamon roll snowman, or a whole crowd of them, is so easy to make but it turns breakfast into a special treat.  Wouldn’t these be cute for Christmas morning or a morning playdate?  Let me show you how simple they are to make and decorate! 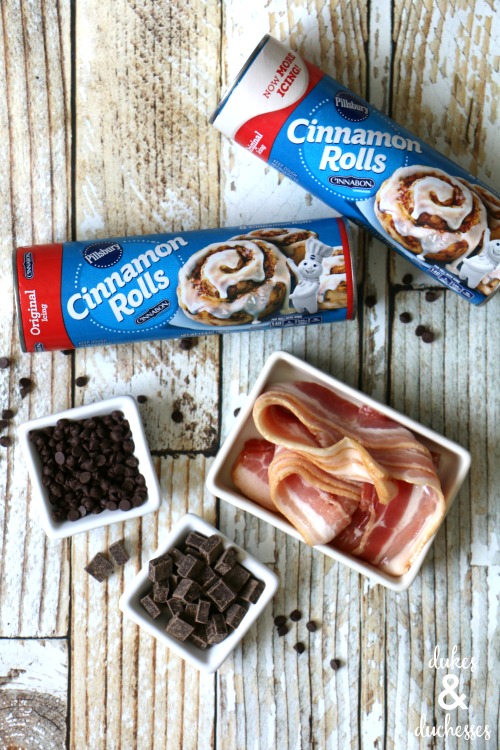 Bake the cinnamon rolls according to package instructions with one exception: instead of placing them in a cake pan where they might stick together, bake them on a greased cookie sheet with a bit of space between them.

Bake the cinnamon rolls until they’re golden brown and while they’re baking, cook the slices of bacon in a frying pan.

Now comes the fun part!  The kids can even help with this part, creating their own tasty holiday treats!

Place two cinnamon rolls on a plate with a piece of cooked bacon in between like a scarf.

Use the mini chocolate chips to create a a face and place a piece of fruit in the center for a nose.

… and you have a super cute treat that the kids {and adults} will love this holiday season!

These cinnamon roll snowmen are so simple to make that they might just become your new holiday tradition!

What are you creating with Pillsbury™ Cinnamon Rolls this holiday season?