This soccer cupcake cake was a big hit at our soccer party last weekend and it was really easy to make.  It’s made out of individual cupcakes and frosted together to look like a soccer ball.  Check out the easy tutorial and then whip up your own cupcake cake.

To make this soccer cupcake cake, bake individual, regular-sized cupcakes.  To make it easy, we baked them from a mix.

You’ll need two colors of icing for the cake.  I used white and chocolate, both storebought.

How to Decorate a Soccer Cupcake Cake

Start with the chocolate icing.  I placed some in a plastic bag and cut the corner off to make a cheap, disposable piping bag.  Pipe the outline of a pentagon on the middle cupcake and every second cupcake in the outer circle {make the top of the pentagon point toward the center}.  Once the outlines are piped on, use icing to fill in the pentagon.

For cleaner lines, you will then pipe white icing around each of the brown pentagons and around the edges of the bare cupcakes in the outer row.  That makes it really easy to spread the rest of the white icing up to those lines without getting them into the brown.  Spread the icing right over the spaces between cupcakes.

When the cupcakes are completely covered, pipe brown lines from the point of the outer pentagons to the corners of the inner pentagon.  And you’re done! 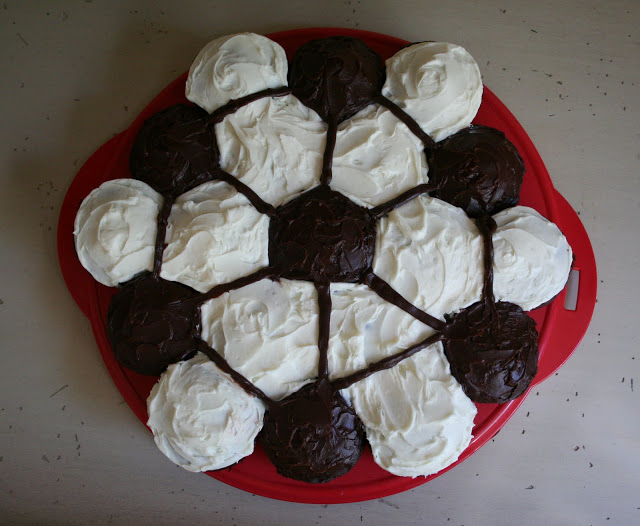 Super easy, right?  It’s a little time consuming but the final outcome is really fun and the team will love it!

For more soccer ideas, be sure to check out these DIY soccer bags … 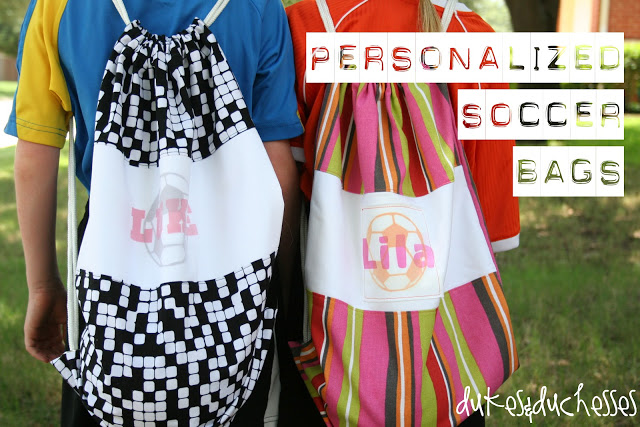 … and a simple idea for a soccer snack.