Despite the fact that it’s been 108 almost every day this week, I try to encourage my kids to unplug and play outside as much as possible.  We have a backyard pool and a really great playhouse but I wanted to give my kids something else to play with in the back yard so I built a super simple {and cheap} rope swing.

I bought my supplies at my local hardware store: a packaged piece of round pine for the seat, a carabiner, and about twenty feet of natural rope.

Another customer in the rope aisle suggested I use natural rope since it won’t stretch like nylon would and he also suggested I buy more than I thought I needed … great advice since I used almost all of the extra I bought.

My piece of pine already had a small hole drilled into the middle of the underside, saving me from having to measure and find the center.

How to Make a DIY Rope Swing for Kids

I drilled a one-inch diameter hole in the same spot and then stained the seat with a natural Minwax stain. 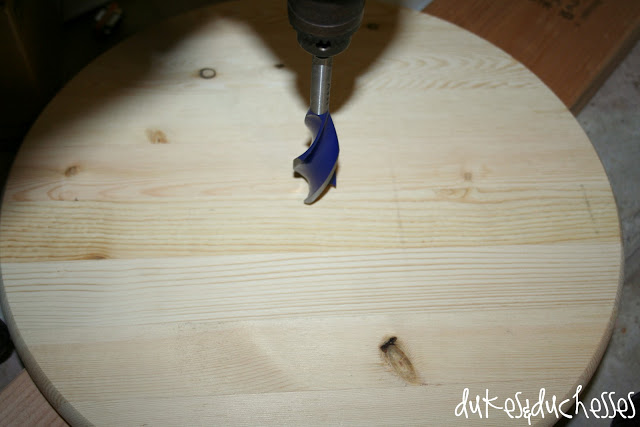 I did a bit of research to figure out the best {and safest} knot to use to tie the carabiner onto the end of the rope.  I ended up modifying a tree-climbing knot that I found.  If you decide to make a rope swing, I’d encourage you to do your own research on the safest knots to use. 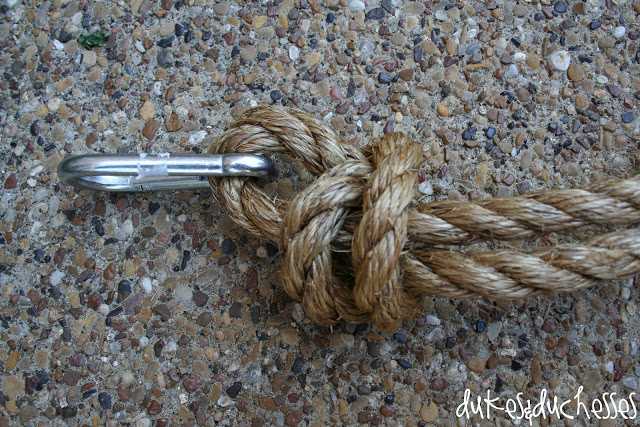 I used a carabiner so that I can easily take the swing down and easily put it back up.  I wrapped the rope over a branch and looped the hanging rope through the carabiner.  The swing can be taken down just by opening the carabiner. 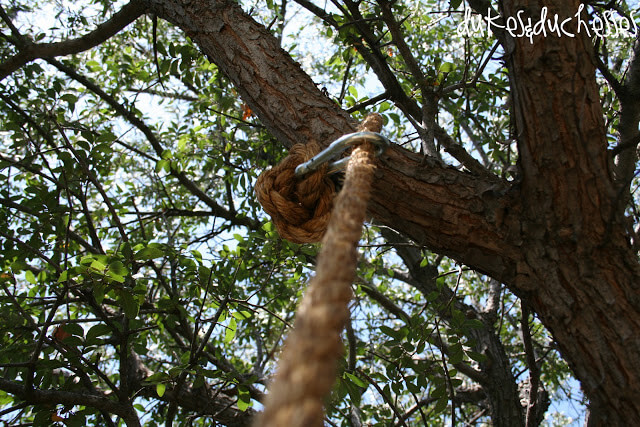 Once the rope was hanging in place, I figured out the height I wanted the swing and tied the seat in place.  I pushed the rope through the seat and tied a solid knot under it.

I cut off the excess rope but I did leave a bit of a tail so the kids can pull each other around. 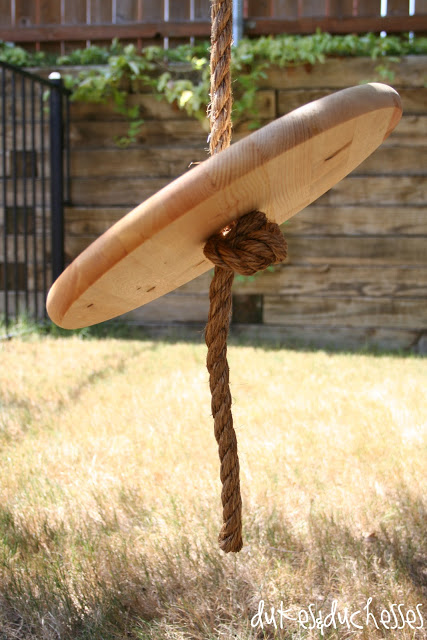 Before I let the kids on the swing, I tested it myself.  I figured if it can adequately hold me, it should be fine for my pint-sized little ones.  I’ll continue to test it as the kids play, just to make sure the knots are holding well.

Luke, Lila, and Tate have had a great time on their new rope swing and I’m hoping it’ll encourage them to be outside even more.

For more ideas to get the kids outside, be sure to check out this homemade sidewalk paint tutorial … 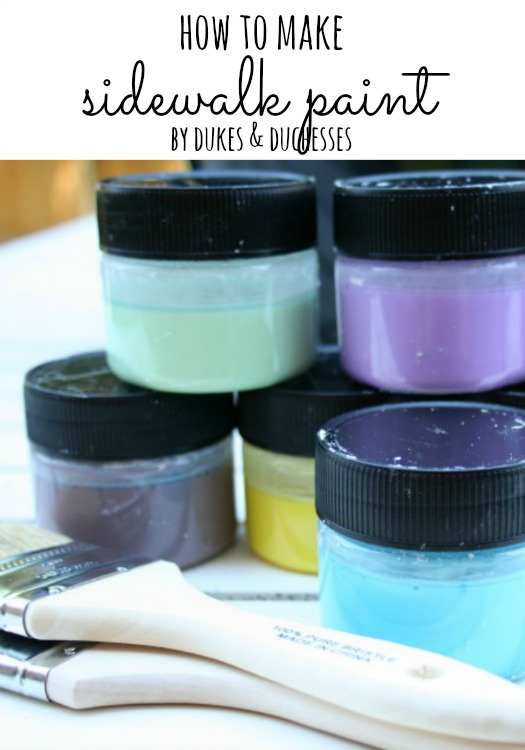 … and a simple tutorial for homemade sidewalk chalk. 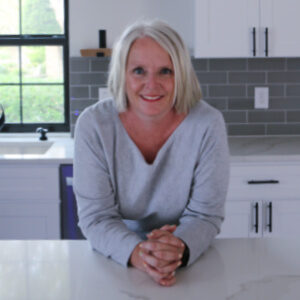 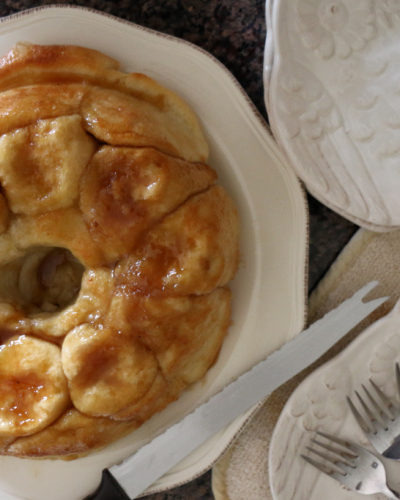 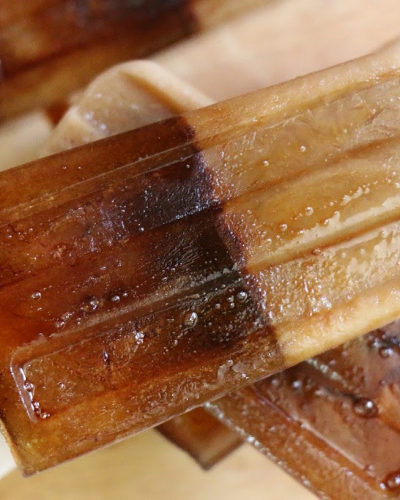 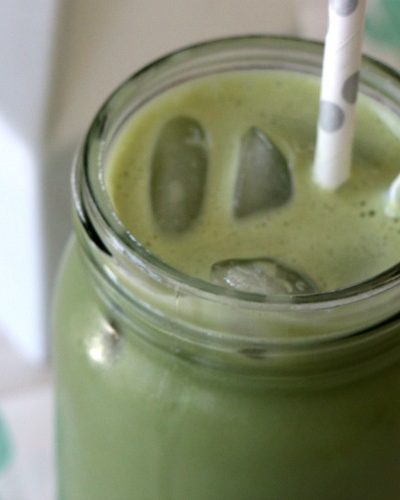 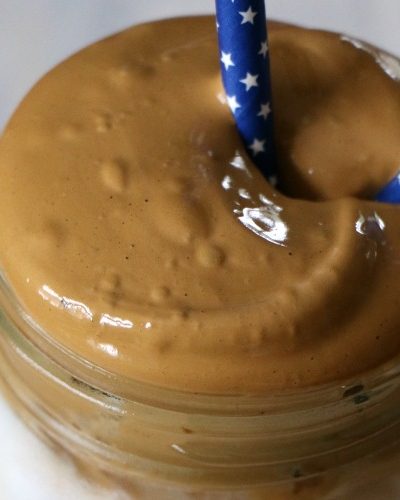 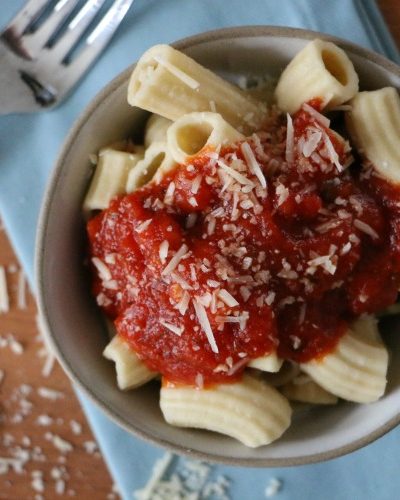